There are stories that find you at a place and time where suddenly nothing else seems to make more sense.

Ōjima is a tiny island off the south- eastern coast of Okinawa.
An island off another island.

Every day there as I was heading back from the local fishmonger, I would see this group of teenagers hanging out in the warm, fading daylight, jumping off the bridge that connects the island to the coast.

And every day as I paused to look at them, my mind filled with memories of my own youth and nostalgia for simpler times.

These were peculiar times. The world was on stand-by.

In the old days in Okinawa, when a person died, the tradition was to carry their remains to a small island just off the coast, and lay it to rest in a cave.
Dawn would fill the cave with yellow light, which gave its name to the island.

Ōjima was originally spelled with the character one commonly uses to refer to the color blue –「青」– but, through the magic of human culture gone through the lens of time, in some cases「青」also used to mean yellow.
Several islands share the same name in the area. All used to be known as places devoted to mourning, and all are still held as sacred today.
In contrast with the funeral caves at dawn, the Ōjima I was seeing at dusk was radiating with life.
It was as though generations of dead bodies were nurturing life from the depths up into the rest of the island.

Contemplating the lively youth on a backdrop of ancestral traditions and abandoned structures that lush nature was reclaiming without a care in the world,
I was hit by the soothing realization that life is, and always was, here to stay.

Ōjima is an island off an island. It’s a place where death blooms into life.

A place where blue means yellow. 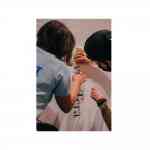 青 or the offspring of a blooming death 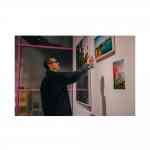 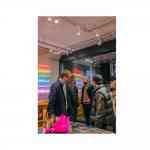 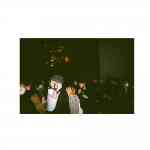 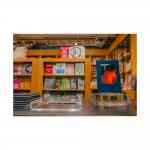